Skip to content
Home » fun » 5 things that make my life easy (or rather, easier) 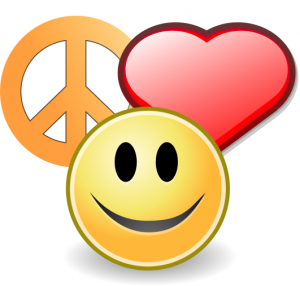 As a busy person, I’m always alert to things that make my life a bit more productive and fun.

So here’s a list of items and services that make a busy person’s life that much more convenient on the road or at home (hmm, also should work well for being at work, but that goes without saying).

1. Quality luggage. I’m a fan of TravelPro, and have an older TravelPro Platinum 4 SE, similar to this updated one. Being able to use it constantly for several years without it falling apart, getting quick local service to solve the inevitable small damage luggage suffers from (I’ve had the handle break from poor handling, and a small tear on an external pocket when it got snagged on an overhead bin), and having something that you use all the time that is just a quality item, makes it well worth the ‘high quality item premium’ that one has to pay. Other luggage brands that get high marks is Briggs and Riley (I had a computer roller-bag back in the day, it is similarly high quality), and Tumi (but you probably already were aware of that one).

2. Multiple monitor setup. If a large monitor is better than a small one, having 3 monitors is awesome. Of course, with a dual-monitor laptop docking station for the work PC, and a three-screen setup for the home workhorse unit, it does look like I’m either a day-trader or an air-traffic controller (I tend to get these kinds of comments when friends visit my home office workspace). Studies show increasing productivity (here’s an older NY Times piece on it) and if you haven’t ‘upgraded’ to a multimonitor setup it is well worth it. (I installed a second graphics card to get to monitor #3 and it wasn’t hard to get an inexpensive one that does the job.)

3. An iPhone keyboard. I just ‘converted’ to an iOS as a long-time Blackberry user. (It wasn’t dubbed a Crackberry for nothing.) It was a long and winding process, first in 2005 when my wife asked me for a first-generation Mac Mini to replace her dying Dell laptop (and by ‘dying’ I really tried hard to resurrect it, but after a lot of effort simply backed up her hard drive and sold it on eBay for parts). And then in 2010 she prevailed on me again to get a first-generation iPad, which opened my eyes to what a great platform the iOS offered in terms of apps. And then in late 2011 another iPad was shipped to me gratis (thank you LifeTech!) to use for work, and shortly after my cracked-screen BB Torch was replaced with an iPhone 4 (a newer 4S was deemed a bit too steep at the time for us who work in the field due to budget reasons). After 2 days of wrestling with trying to type coherent messages on glass (I still do not like it), I ended up buying a “NUU Minikey Bluetooth keyboard” and won’t be going back. Rechargeable, connects quickly, and even has the number keys at the top, something that even the iPad does not have (in Apple’s ham-fisted move that still gets me irritated).

4. A car with Bluetooth. I was explaining to my 4-year old this morning when I received a call on the way to preschool how the “‘They Might be Giants – Here Comes Science” CD was interrupted to take a call from a colleague, and then go right back to the song that was playing (it was “My Brother the Ape”, appropriate for him) somehow by magic. I can’t imagine going back to any car without that ability, and when I’m on the road in a rental it is something I miss, having to go back to my trusty wired earbud/mic combo.

5. A tower-defense game called Kingdom Rush. Okay, this is a game, and if you are not into any kind of games to pass the time (or to challenge your mind while goofing around) you can stop reading here. For the rest of us, a ‘tower defense’ game is simple: build up different kind of defenses to prevent the bad guys from getting past you. If you’re interested in giving it a try, you can play from your PC here (as a flash-based game), or here from iTunes as a $2.99 download. Great gameplay, a real challenge at the tougher levels, and remarkable attention to the cartoon-ish enemies.

Have you found something that you think I should know about? Feel free to comment!