Skip to content
Home » diagnostics » A Revolution in Prenatal Diagnostics 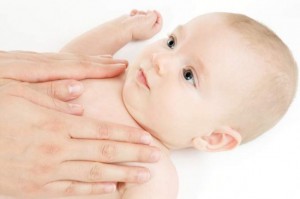 Every mother-to-be who has what is considered an ‘at-risk’ pregnancy is informed of the risks to the fetus of a genetic abnormality. ‘At-risk’ can involve a long list of medical conditions (diabetes or cancer for example) or poor health choices (illegal drug use or smoking). Yet a common cause of an at-risk pregnancy is age, having a child before the age of 17 or older than 35. In the US, no less than 750,000 are considered at-risk.

The most common genetic test is amniocentesis, also referred to the Amniotic Fluid Test (AFT). The risk to the fetus was measured in the 1970’s to be 0.5% (1 in 200), however more recent studies have shown the risk to be 0.6% – 0.86%. An alternative test, Chorionic Villus Sampling (CVS), with a risk believed to be 1%.

The kinds of genetic defects (called fetal chromosomal aneuploidies) that can be determined are Trisomy 21 (Down Syndrome), Trisomy 13 (Patau Syndrome), Trisomy 18 (Edwards Syndrome) and Fragile X syndrome. (The prevalence of Down Syndrome in the US is 1 in 691 births, according to the CDC, Trisomy 13 is less than 1 in 10,000, and Trisomy 18 less than 1 in 6,000. Fragile X is about 1 in 4,000.) There are other genetic defects that can be detected as well.

Cell-free fetal DNA was discovered in maternal plasma, but the challenge remained that the vast majority of free DNA in maternal plasma was maternal and not fetal in origin. Digital PCR (discussed previously) was deemed to require too much maternal plasma to obtain the numbers of fetal genome equivalents to provide enough target to give an accurate ratio, and the possibility of multiplexing the digital PCR was ruled out for its complexity. However, by simply purifying free DNA from plasma via two rounds of centrifugation provided enough DNA from a nominal blood draw (10 to 50 ng) to create a sequencing library for either reversible terminator or sequencing by ligation approaches.

The results from this 2008 PNAS paper are conclusive, detecting Trisomy 21 in both the first and second trimester of pregnancy, with subsequent publications showing a clear-cut distinction including the ability to detect not only Trisomy 21 but also 13 and 18. With 4 million live births in the US alone, and over 112,000 procedures done in 1998 (the latest statistics available from the National Center for Health Statistics), there is a business opportunity here. The estimated value of prenatal testing is a >$1B market. (Note that the estimated total worldwide market for all next-generation sequencing in 2012 is about $1.2B.)

Sequenom, the company that uses mass spectrometry to determine genotypes, developed a mass-spec-based test for Trisomy 21 they called SEQureDx, and entered into clinical trials around this test.  (Typing ‘mass-spectrometry’ and ‘genotyping’ together,  I am reminded of a scientist who once told me ‘I have always thought it somewhat goofy that a company would use mass-spec to determine a DNA base change’). The SEQureDx test was based upon circulating RNA, comparing the allelic ratio of fetal coding SNPs to the presence of maternal cSNPs. The subsequent history of SEQureDx is not pretty – announcing a delay of this test’s expected launch in June 2009 due to ‘mishandling’ of the test data a few months before in April 2009, leading to a stock drop of 77% in one day, along with attendant resignation or firing of top executives including the CEO, the VP of R&D, the CFO and the VP of Marketing.

Expectations were high as up to that point. In total 858 samples had been claimed to have been run, with over a 96% positive predictive value, although it should be noted that all these results were results of press releases or investor presentations, not peer-reviewed publications. As expected, a number of class-action lawsuits were filed, along with a US Attorney General investigation and an SEC investigation. The drama didn’t end there, as in June 2010 the FDA sent Sequenom a letter classifying the SEQureDx an in-vitro diagnostic (IVD) test, that it ‘appears to meet the definition of a device’. In early 2011, the central figure in the fraud accusations against Sequenom, Elizabeth Dragon the VP of R&D, died of natural causes five months before she was due to be sentenced for securities fraud. She had plead guilty of making “materially false and misleading statements”.

Having settled with investors in the lawsuit for $14M, the former executives are still being investigated for securities fraud by the SEC, and all the test data has been thrown out as invalid. There is a cease-and-desist order in place.

Anyway, amid all this drama around their MassArray-based test, Sequenom decided in 2009 to claim IP around using NGS for prenatal diagnosis of chromosomal aneuploidy, and licensed the technology outlined by Dennis Lo from Hong Kong, a group that has been working out these methods in one form or another since 1998.

Complicating matters, Stephen Quake (founder of Fluidigm, co-founder of Helicos, and whose genome was sequenced by Helicos technology way back in 2008 which I wrote about before), published a paper a few months before Lo’s paper appeared (also in PNAS), and licensed that technology exclusively to Fluidigm and another unnamed diagnostic company. The Quake group worked with others from the Stanford Medical Center. However, the Quake paper looked at plasma from women who already had amniocentesis, which has been shown to increase the relative amount of circulating fetal DNA, potentially affecting results. So already as of the end of 2009 the IP landscape is murky.

In October of 2011 Sequenom launched the MaterniT21 NGS-based test, looking at the entire genome, and the relative amounts of fetal chromosomes 21, 13 and 18 relative to a control chromosomes. Other companies have recognized this opportunity, and have their own NGS-based tests.

Ariosa Diagnostics, a company founded by Illumina founder and COO John Stuelpnagel and early Illumina VP Arnold Oliphant, uses a clever three-oligo variation on the oligo hybridization, polymerization and ligation method known as the GoldenGate™ genotyping assay to determine relative amounts of specific and relative amounts of fetal and maternal chromosomes. They call this assay the Digital ANalysis of Selected Regions, or DANSR™. (Details about the assay were published in February of 2012 here.) The beauty of their approach is the amount of sequencing is reduced by about two orders of magnitude (they claim to be able to run 400 samples in a run that would only be four to seven via the shotgun method). A publication in April 2012 has the details of its predictive power and the assay for 400 samples, and it is impressive, developing an algorithm that yields a patient-specific odds of trisomy, adjusting for maternal age along with the results of the sequencing.

If you are interested in the details of a comparison between the tests, GenomeWeb has a nice summary here (via Clinical Sequencing News, subscription required). The differences in cost are striking, as Sequenom prices their test at $2,900, Verinata’s at $1,700, and Ariosa’s at $795.

The market uptake for these NGS tests have exceeded expectations. Sequenom had set an expectation of performing 40,000 tests this year, and now analysts expect them to run 70,000. Verinata and Ariosa have not disclosed the number of tests they have run, but Verinata has indicated that in its first three months after launch it has run 1,100 tests, similar to the 1,000 tests Sequenom ran the last three months of 2011, when it first became available.

LabCorp Genzyme Genetics in May signed an agreement with Ariosa, which will expand their reach considerably, and they have launched a clinical trial with 25,000 sample, and expect to launch their test in the latter half of 2012.

All these companies are embroiled in lawsuits against each other over IP.

Of the clinical tests that have been launched around NGS, the prenatal diagnostics market may well be the biggest commercial opportunity to-date. Well worth keeping an eye on.

3 thoughts on “A Revolution in Prenatal Diagnostics”