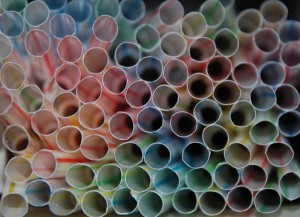 A few weeks ago this paper appeared in Nature Biotechnology, “Genome mapping on nanochannel arrays for structural variation analysis and sequence assembly”. It was the first publication of a startup company in San Diego called BioNano Genomics.

Founded originally under the name BioNanoMatrix in Philadelphia in 2003, it is a microchannel fluidics technology out of Princeton University. Way back in 2008, when ASHG (the American Society for Human Genetics) happened to be in Philadelphia, I had the chance to meet Han Cao the CSO and founder, who described it as a method to look at chromosome-level rearrangements. He used the term “you can see FISH swimming”, with a movie of an image of a stained chromosome crossing the screen. (FISH is fluorescence in-situ hybridization, a microscope-based method of looking at chromosomes.)

The company has been through two rounds of funding, $23M in March 2011,  an earlier round of some $5M in 2008, and in 2007 won $8M in a collaboration with Complete Genomics for research into nano-scale sequencing from NIST in an Advanced Technology Program grant with the goal of a $100 human genome. (There has been very little public information about this effort regarding BioNano Genomics’ technology being utilized for sequencing.)

The BioNano Genome technology uses single molecule imaging with a 45 nanometer wide channel on a microfluidic silicon chip, and almost four years later their first proof of principle paper, in a collaboration with a prominent geneticist Pui Kwok of UCSF. The feat of getting 20kb – 200kb long stretches into the nano-channel is impressive.

I’ve written before about the problems of getting to a ‘complete’ human genome due to readlength and mapping of repetitive regions, many significant Copy Number Variants (known as CNVs) can best be interrogated by genotyping microarrays, not by next-generation sequencing. And the structure of these genomic rearrangements are difficult to determine – the microarray will give the number of copies but not relative orientation, nor position of the copies relative to each other.

Yet CNV variants are significantly implicated in diseases such as Schizophrenia, Autism Spectrum Disorder, and other important psychiatric disorders.

This paper’s point was that by using older technology Bacterial Artificial Chromosomes (BACs) with long stretches of human MHC DNA the single molecule staining and imaging can determine the structure these variants in the BAC clones. (The Major Histocompatibilty Complex region of 4.7Mb covers one of the trickiest and most difficult regions of the human genome to sequence and map accurately,and codes for the region conferring innate immunity and is important for transplantation biology.) As a proof of concept this is fine, but what about what customers really want to do, which is to image entire chromosomes, in the context of the entire genome?

Well, this paper is a start toward that goal, but they have not quite arrived yet. Their work with MHC was able to correct the sequence assembly established by the MHC Haplotype Consortium, and for that purpose the technology works (and thus the publication). The study authors conclude the technology can scale, given they are able to look at >300 Mb per scan; while suitable for bacterial genomes, it would need some 1000-fold higher throughput for a human genome.

The technical challenges of microfluidics, as my sales manager (back in my days at RainDance) used to tell customers, “has given microfluidics a bad name”. The problem, though, is that for the most part this “bad reputation” is deserved!

Take for example the problem of clogging. Silica fines (small silica particulates from a DNA extraction spin column’s purification matrix) can easily contaminate a sample of DNA, and is normally completely harmless as far as biochemical reactions go. But you can imagine what thousands (or tens of thousands) of 1 micron fibers can do to a set of 4,000 channels 100nm wide. And there isn’t any economical method of filtration at that scale; high speed centrifugation won’t pellet these fine particulates either. You need to build in filtration in the microfluidic device at that tiny scale, increasing its costs.

And this is not to mention all the fluidic circuitry required to uncoil the DNA in the first place and thread it into a tiny straw. I’m trying to figure out how that would work with a simple mental model of a handful of straws not unlike what you’d find at a fast-food restaurant, and a pile of yarn pieces, and what kind of force and manipulation would take to force the flexible yarn pieces into hundreds or thousands of narrow tubes, but that is what this technology is setting out to do.

The other big problem with microfluidics is captured by Reynold’s number (Re), which is the ratio of viscous to laminar flow in fluid dynamics physics. At such dimensions of sub-micron dimensions, the Reynolds number is low, and viscosity and laminar flow are dominant forces, and surface tension becomes a major consideration. (For more on this topic see the reference to ‘Life at low Reynolds Numbers’ below, an interesting 1975 presentation of a microbe’s challenge to do the simplest movement.) So then one needs to become expert in surface derivatization and specialized coatings which – you guessed it – raises the cost of manufacture again.

BioNano Genome hasn’t announced when they will launch a product, but at last year’s ASHG / ICHG in Montreal they said it would be mid-2012. They’ve named their system the irys™.

They will be selling into a market with established competition – a company called OpGen, based in Gaithersburg MD. They launched their Argus™ optical mapping system last year to infectious disease researchers since 2011, and the company was originally founded in 2001 in Madison WI. (If you are interested in the company’s early history, here’s a 2003 Genome Technology piece that claims it is a ‘venture capitalists’ dream’.) While on the topic of VC funding, in 2007 they received $23M, in 2008 they moved to Gaithersburg MD, and from 2009-2010 a total of another $36M in three rounds.

OpGen is also single molecule imaging, but is a static system, digesting high molecular weight bacterial genomes then stretching the molecules and immobilizing them. The amount of input DNA is very low, and the resolution sufficient to get accurate maps. Its value lies in not needing a lot of input material for pulse-field gel electrophoresis, which is the current method of bacterial strain analysis among infectious disease researchers.

Not to be left out of the market potential for mammalian genomics, OpGen at the 2011 ASHG / ICHG meeting presented an interesting poster in collaboration with BGI, the large Chinese government-sponsored genomics center in Shenzhen, mapping the de-novo goat genome using its technology, significantly reducing the number of scaffolds and increasing the contig length. However, what is not clear is how many runs such an effort would take; a customer told me that it would be on the order of 15 or even 20 runs given the current scanner / disposable card configuration, which is not inexpensive. (I understand that a single run is a few hundred dollars and an hour or two of time, however at 15 then it would be thousands of dollars and days of time.) They could be working on a larger format card, but this application is not quite ready for human-scale CNV mapping.

While OpGen’s system claims better de-novo genome assemblies, does this include CNV analysis? That is a promise, but the informatics challenges remain formidable. You can imagine trying to map human genomic DNA with a single molecule restriction digest – a very complicated task!

Here are two companies that want to fit into what microarrays and NGS cannot offer, and are perfectly suitable for bacterial genomics for infectious disease mapping. It is not clear whether either of these approaches will solve the CNV mapping problem for human genomics. But they are certainly going to try.