What happens when commercial interests do not align? 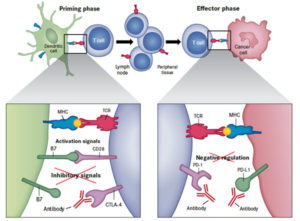 Over a decade ago in 2002 when Novartis announced it was moving its global headquarters to Boston MA, it was viewed at the time that the United State’s pharmaceutical market was the most robust and attractive, and it made sense for Novartis to have a major presence there. Looking over this list the top four most-valuable pharmaceutical companies in the world by Forbes’ measurement are headquartered in the US, with Roche Holdings at place number five.

So by that simple measure, the free-market in the US for pharmaceutical drugs is successful. To look at it another way, however, the US free-market subsidizes the development costs of innovative new medications for the rest of the world. The Pharmaceutical Research and Manufacturers of America (PhRMA) reported in 2015 that their estimate of spending by their members worldwide was $51.6B, with 51 regulatory approvals for new medicines in 2014. And with the ongoing debate around the high prices the US healthcare system pays for these medications, it is an open question where the funds for R&D will come from in the future. (For further background on this topic, here’s an article entitled ‘How the US subsidizes cheap drugs for Europe’.)

This is an example of where the free-market with its imperfections has proved to be preimminently useful. PhRMA’s report shows a history of their member’s R&D budgets growth over time, from $2.0B in 1980 to $8.4B in 1990 to $26B in 2000; and this spending can be connected directly to progress in diseases like cancer (cancer death rates have declined 22% since peaking in the mid-1990’s), Hepatitis C (from a 41% cure rate with severe side effects 5 years ago to a 90% cure rate and a range of therapeutic options today) and HIV/AIDS (the death rate dropping 85% from the first retroviral treatment in 1995).

Can the economic benefit of all the lives saved be calculated? The economic benefit of all the pain and suffering avoided as a result of having an improved therapeutic available? Can a ‘Return On Investment’ (ROI) calculation be done from the hundreds of billions of dollars spent on both basic and commercial R&D for saving lives and improving lives? Needless to say however that economic benefit is calculated, the dollars of ‘return on investment’ is undeniably large. Societies worldwide have benefitted from all this investment into developing these life-saving treatments.

In the world of cancer immunotherapy, the exploding number of clinical trials (and related combination therapy trials) brings up a valid question: how will hypotheses be tested in absence of financial incentive? Certain entities may have an effective immunotherapy that would be ideal to be combined by another complementary immunotherapy, but what if that second immunotherapy is held by their fiercest competitor?

There may well be a free-market mechanism of collaborations and mergers when small independent companies have complementary assets to large companies. These collaborations, investments, and partnerships happen within the biopharma segment regularly. But what about situations where the commercial interests do not align?

Currently there is a large effort to determine better biomarkers for predicting immunotherapy response: high levels of PD-L1 have been associated with poor outcomes, across a variety of different cancer types. Nonetheless none of the current IHC-based biomarker assays are able to distinguish cleanly between responders and non-responders, and the sensitivity and specificity of these tests are relatively poor.

How poor? On the order of excluding 28% of those who would benefit from the immunotherapy treatment, and including up to 42% who do not benefit. At a cost of $10K or $12K per month of therapy, that is a significant number of patients who either would have benefitted but did not, or were treated but did not benefit.

Way back in 2005 when The Cancer Genome Atlas started organizing their goal was ambitious and clear: to catalog genetic mutations in cancer, using many different genomic techniques (including microarray and NGS for both genetic and expression-level variation) to generate a comprehensive ‘atlas’ of genomic profile data provided as a freely-available resource. Less than 10 years later, TCGA characterized 33 cancer types across 500 patient samples, producing countless original journal articles in prestigious journals, and leaving a resource described (without sounding too pretentious) as an ‘immeasurable source of knowledge’.

Through generous government funding (on the order of $500 Million over the span of 12 years), TCGA has as part of its original mandate the imperative for data-sharing. The NIH has been a strong proponent of data-sharing long before the first Human Genome Project organizational meetings began in the early 1990’s. Yet when you look around at data-sharing initiatives with strong societal benefit, such as ClinVar the NIH-sponsored Clinical Variant database, growth is slow and hard-won. The moral imperative to share important clinical data for the benefit of other organizations is there, but without an economic incentive the natural course is to retain data in its own respective private data-silo.

Earlier this year at Precision Medicine World Congress 2017 in Silicon Valley (the event was held literally across the street from Alphabet’s headquarters), there was an interesting panel discussion between Clifford Reid, Linda Avey, Paul Billings, and Jill Hagenkord. For those not familiar with these names, back in the late 00’s Clifford Reid was the CEO of Complete Genomics; Linda Avey the CEO of 23andMe; Paul Billings the CMO of Life Technologies, and Jill Hagenkord was the COO of 23andMe. All of them have faced first-hand these challenges of patient data, and the title of the discussion was ‘Patient Power: the Changing Role of Individuals’.

Cliff Reid put the topic of data-sharing bluntly: there are special interest groups doing lots of sequencing of their cohorts, phenotyping larger and larger collections, and putting this data into their own databases and data warehouses. There are no federated databases to collect both rich phenotype data and genomic data generated; he predicted any effort along these lines will fail. “I’ve been working on this for a while, when I was at Complete. There are so many barriers – financial, social and personal – the barriers are so high, so while the effort for these kinds of databases are laudatory, I’m frankly pessimistic.”

It is also noteworthy that all of these individuals are working on new startups in the direct-to-consumer genomics realm, albeit solving the problem of data-sharing in different ways.

This illustrates a fundamental challenge regarding incentives for both the power of data and its importance for the benefit of society, and the barriers to its aggregation. For TCGA the US Government was willing to spend hundreds of millions of dollars; but will Big Pharma’s many billions of dollars have any incentive to share the results of all that work to give to their competition? Will the economics shift so that the cost of ‘giving away’ their own proprietary, rich datasets be offset through the mining of aggregated data from others to determine which combinations of immunotherapies (and associated key molecular markers which have yet to be discovered)?

Perhaps there isn’t a way out of the financial and social barriers to what has been dubbed ‘coopetition’. In the free-market economy there may not be a way out, that entities known as for-profit corporations act in their own self-interest, and the combinations thus derived from the result of an imperfect free market will by their own limitations not be the optimum.

This may be a case of the perfect being simply unattainable; the optimum combination of immunotherapies exist only in an ideal, unrealistic world. The future of immunotherapy remains as bright as ever regardless. A faster, efficient path to the optimum may simply not be possible.