Skip to content
Home » diagnostics » FDA Approval for the MiSeq 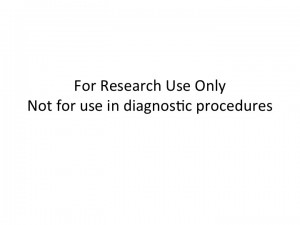 Congratulations are in order to the US Food and Drug Administration for approving the Illumina MiSeqDx™ system,  including two Cystic Fibrosis assays, and two additional approvals for the platform (the instrument and the reagents). This is the first next-generation sequencer approved by the FDA, an important milestone reflecting a sea-change in how genetics and genomics is revolutionizing healthcare. The genetics revolution has been taking place for some time now – here’s a handy FDA table of over 200 pharmacogenomic biomarkers in drug labeling – but with the advent of NGS the ability to determine multiple biomarker genes via a simple electronic query is only one of several promising applications with direct clinical impact and utility.

Francis Collins, Director of the NIH, and Margaret Hamburg, current FDA Commissioner, wrote up this editorial in the New England Journal of Medicine that lays out a convincing case for the importance of this approval. They use two examples of the application for NGS in a clinical setting: personalizing the treatment of cancer (something that an observer would notice as a first major application of this technology), and pharmacogenomics, which their editorial mentions remains ‘largely unrealized’ due to the lack of timely individual genetic information. The editorial then points out the importance and limitations of the existing legal, policy and regulatory environment, and the fact that this approval represents only an important first step to embedding genomic information to improve patient care.

And the following steps are daunting. In particular to “predict disease onset, affect progression, and modulate drug response” all determined by genetic variation is a tall order, not to mention building out the infrastructure so that this information can be delivered by a health care professional to the patient. This is under the ‘sequence the individual once, then query multiple times’ healthcare model, instead of a ‘visit the doctor for a blood draw each time a new medication is prescribed, then test the gene(s) for that medication’. The latter model though inefficient is what we have in the U.S.

Getting back to the approval, an NGS instrument falls under the Federal Food, Drug, and Cosmetic Act (FD&C Act). The FDA’s press release quotes Dr. Alberto Gutierrez, Ph.D., director of the Office of In Vitro Diagnostics and Radiological Health (in the FDA’s Center for Devices and Radiological Health): “NGS is changing the way we look at genomics. Before NGS, sequencing genes associated with a particular disease was a long and costly process. Today, we have the capability to read and interpret large segments of DNA very quickly in a single test and this information-rich technology is becoming more accessible for use by physicians in the care of their patients.”

The sequencing of multiple-gene panels using NGS is exploding. In the case of cancer, an oncologist at a major cancer center (the technology is starting now to penetrate smaller hospital markets) has the choice to test a tumor biopsy with a single-gene sequencing test, or a multi-cancer-gene sequencing test (such as the AmpliSeq Cancer Hotspot v2 on the Ion PGM; here’s a link to Oregon Health Sciences University’s Oncology Tests page.). There will be a difference in price for the test (from what I’ve been told can be in the range of about five-fold more expensive for the multi-gene compared to any single-gene test), but the latter is so much more informative so as to be the much safer choice (unless there are particular reasons to strongly suspect the single-gene test to guide treatment). And the fact that every individual’s tumor genome is unique to that individual, this kind of multi-gene panel testing to dictate therapy is only growing.

The realm of pharmacogenomics (abbreviated PGx) testing is a different proposition however. There is a case to be made to sequence an individual’s whole genome (or whole exome) once, and make that dataset persistent throughout that individual’s lifespan through an electronic medical record. However, there are many wholesale changes to the existing medical infrastructure in the United States that would need to occur before this promise could be realized: physician training as a ‘genomic physician’; an electronic health record with the capability to attach WGS or WES data; availability of a ‘clinical grade’ variant database (a  effort has just begun called ClinVar); appropriate regulation of all the above; reimbursement for the costs incurred; the list goes on. In the meantime, there is a robust PGx testing business for the known biomarker (DNA variants) and the medications whose dosage it affects. (This is where companies like Luminex’ xMAP, AutoGenomics and Life Technologies’ QuantStudio 12K Flex™  compete among these service providers as relatively inexpensive, 10- to 60-plex genotyping platforms.)

In the realm of ‘For Research Use Only’ (if you have used any reagent from a commercial life science provider you must have seen it on a reagent or kit label a million times), the manufacturer can change the formulation to improve the product many ways. Naturally in the FDA-regulated product world, it is a much different proposition altogether to come up with a V2 of that reagent if it were implemented as a diagnostic test, where a false positive result would not be a good thing at all, raising a concern where none exists. Perhaps more insidiously, a false negative is worse – indicating no problems at all while a there may be something to be justifiably alarmed about.

False positives and false negatives in the world of research means less efficient research – you chase down a finding that doesn’t validate using another method in the first case, and in the second case you don’t discover what you don’t see, and that may take additional experiments and work to find what you are looking for. (That’s why it’s called research.) But in a regulated clinical market, there are grave consequences.

Yesterday the news about 23andMe’s warning letter from the FDA hit the wires, and as a result a person shared his own Direct To Consumer genomics story called “My Deadly Disease Was Just A Bug”, which makes for alarming reading. Two heterozygote variants were apparently programmed in software to be called as a single deleterious homozygous one, and the prognosis for that condition were not good at all. Thankfully it was just a bug in the software code, but illustrates the seriousness of a mistake, bug or error when it comes to diagnosis compared to a research project.

Reading throughout this October 2013 report called “Paving the way for Personalized Medicine: FDA’s role in a new era of medical device development”, it strikes me how much work the FDA does in keeping abreast of the latest technology advances, allowing innovation to flourish at the same time striking a careful balance between all the relevant stakeholders to come up with the appropriate mechanisms to insure analytical and clinical validity, as well as clinical utility. Platforms such as real-time PCR (Life Technologies has a 7500 Fast Dx that was cleared in 2008 for H1N1) and Sanger sequencing (the 3500Dx received clearance for the first HLA typing assay in February of this year) embed a lot of technology. Think about it: from sample preparation and the reagents that take an RNA or DNA sample; to the enzymology and fluorescent label technology; to the optics involved in detecting that signal and the electronics that process it; to the software that analyses that signal and comes up with a given result; and even software downstream of that to take several given results and compile it to perhaps other interpretation. This system needs to be stable and should it be improve, processes in place both from the regulatory agency as well as the individual laboratory for validating the revised system.

And yet as always there is room for improvement. The FDA had to make adjustments when the HIV epidemic started; here’s a nice video that lays out the analogous case for adjustment in the personalized medicine era, with a compelling story of a lung cancer survivor. The fact that a bench-top next-generation sequencer was approved in a short timeframe (less than a year), is an advance that signals the FDA is headed in the right direction.