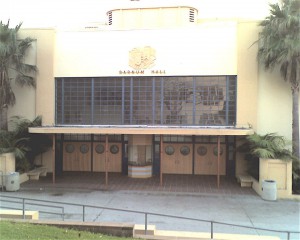 Over the past few years I’ve been interested in contributing back to the community I live in, but as a busy father-of-three (ages 3 to 9) there just isn’t the ability to ‘cold-call’ a local high-school and volunteer.

That is, until a family vacation took us to Colonial Williamsburg VA and a tour of the Governor’s Mansion. There was a person there with a ‘Wootton Patriots’ T-shirt, and, well, as Newsweek indicated it was one of the country’s top 100 high schools in their 2010 ranking, I thought I’d speak up and ask if he happened to be involved with the local high school.

Turned out he was an instructor at the school (bingo!) even in the department of science, but more on the earth science side of things. But he told me about their STARS program for science and technology, and mentioned that they had an enrichment program called the DNAcademy and that I should contact ‘Rebecca’ who could be reached by calling the school or checking the website.

Fast forward three months and I’m in front of an after-school group of 40 students, ranging from new-to-high-school freshmen to graduating seniors deciding on where to attend college. I find out one of the club’s officers is taking no less than 10 AP courses – how times have changed since I was in high school, and me taking two AP classes was viewed as something of a nerd activity. Anyway.

While preparing for my first talk as an introduction to genetics and the business of biology, a few facts stood out:

It was a fun exercise to take a step back, and ask the question ‘what would a high school student in 2012 need to know given all the recent advances in genetics, genomics and next-generation sequencing?’ Basically, that genetics and genomics has an extremely bright future, and if anyone wanted to be in an in-demand future for the foreseeable future, they would study bioinformatics, and tackle some of the most interesting problems that science has to offer today.