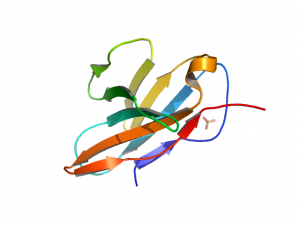 Immunology is a fascinating subject. Immense in its complexity, debilitating when the immune system malfunctions, our ability to fend off bacterial and viral infection, cancers of different types, and other foreign invaders is a remarkable biological capability.

The NIH estimates 24M Americans are affected with an autoimmune disorder, but that number rises to 50M when the definition is expanded from a list of 24 disorders to over 100 by the American Autoimmune Related Disease organization. It is the second highest form of chronic illness, arthritis being the most familiar to many.

A brief history of Immunology

British scientist Edward Jenner did pioneering work in the late 1700’s upon the observation that dairymaids who contracted cowpox, a mild infection, did not develop smallpox, which was often fatal. He took pus from a cowpox lesion on the arm of Sarah Nelms (a dairymaid), and purposefully infecting a wound of a healthy 8-year old named James Phipps. (There was apparently no direct relation between James and Edward, James was the son of a laborer who was occasionally hired by Edward; it is not known why James was allowed to be experimented upon in such a manner.) James came down with symptoms of cowpox a week later, and recovered a few days after that.

Edward Jenner then did something risky, taking live smallpox from an infected individual’s pustule, and infecting James with it. Smallpox has a mortality rate of 20-60%, and 80% among children, leaving survivors with characteristic scars on the face. James did not get sick from smallpox, and the process was repeated again, with the same result.

James Phipps was used as a ‘living example’ over the next 20 years, being repeatedly re-introduced to live smallpox but demonstrating his immunity.

After Louis Pasteur and Edward Koch developed the germ theory in the mid-1800’s, Pasteur took this idea that other diseases could similarly have vaccines generated to them. The subsequent work by Russian zoologist Ilya Mechnikov (at the Pasteur Institute in Paris) and Koch’s assistant Paul Ehrlich (at the German Institute for Infectious Disease in Berlin) proposed two opposing theories of immunology, which were debated for years, that in the end turned out to be both true: a cell-based phagocytosis mechanism, and a humoral-based method that Ehrlich called side chains, which we now call antibodies.

Thanks to modern techniques of molecular biology, research into immunology continues to reveal remarkable insights. In the 1980’s it was demonstrated that the tuberculosis vaccine when used as an immune adjuvant could actually serve as an anti-cancer vaccine. (The vaccine, BCG or Bacillus Calmette-Guérin, stimulates the immune system in general, and is often used with other agents as part of a vaccine therapy; BCG is used on its own for certain types of bladder cancer.)

T-cells have a molecule on its surface call the T-Cell Receptor (TCR for short) that recognize antigens presented by the Major Histocompatibility Complex (MHC), which after recognition of a specific antigen in concert with a series of specialized co-receptors and ancillary factors and other proteins, will activate that T-lymphocyte. The MHC obtained the specific antigen to present to the TCR via endocytosis of a foreign invader and digestion of its proteins by a dendritic cell or B-lymphocyte.

This activation process sets off a proliferation of several types of T-cells, as well as a clonal expansion of that particular T-cell with its specific TCR. But where did the TCR get its specificity to the antigen in the first place?

And so we get to the T-cell repertoire. We do not know exactly how large it is – estimates range from 1 million to 100 million different TCR molecules, in any given individual at any given point in time. The TCR itself is a heterodimer, composed of an alpha and a beta chain, and there is an incredible amount of diversity in these sequences. (I remember taking an immunology class as an undergraduate, and it was mentioned that there is enough diversity in our immune systems to confer immunity to compounds and specific epitopes that do not occur naturally, have not been synthesized by humans yet, nor have even been invented.)

For two loci in the human genome, for the T-cell receptor and the immunoglobulin regions in B-cells, the somatic recombination events that occur results in this tremendous variation. The T-cell receptor genes undergo this somatic recombination as a requisite part of its maturation in the thymus in development. And the recombination that occurs is also made more complex by the activity of a Terminal deoxy-Transferase, or TdT, which randomly deletes and adds nucleotides before the gene segments recombine.

One variable region target, called CDR3, has direct contact with the antigen, is about 100 base pairs long. To get primers that amplify this region the amplicons end up being about 500 bp in length. The NGS technology available today with these readlengths include 454 and Pacific BioSciences, but the economics needed to get the requisite depth (for accuracy) remains prohibitive.

For any particular infection or disease, an individual has a personalized T-cell response to it, and after the immune system has handled that particular threat, memory cells are formed that stand-by should another identical threat arise in the future. This immune memory can then be assayed for by TCR sequencing. With better information (and these studies are getting underway) you could look for a specific sequence that would indicate exposure to a virus, fungus, or other infectious agent, or a specific sequence associated with autoimmune disease. Another possibility would be to assay for specific responses to particular cancers, or to monitor immune response while undergoing chemotherapy. Thus in the world of diagnostics, TCR sequencing can open up a new field, where the individual’s immune response is monitored during the course of therapy, that can be as simple as a qPCR-based test once the sequence variation associated with the response is understood.

This would be an amazing tool for public health epidemiology.

Thus the T-cell receptor (as well as B-cell immunoglobulin genes) is a sterling example of gene / environment interaction, as well as personalized medicine, that can be studied by just looking at the sequence repertoire of individuals.

A large project and a few startup companies are doing research and plan to commercialize the promise of T-Cell Receptor sequencing of individuals.

The Repertoire 10K project (R10K) out of the HudsonAlpha Institute of Biotechnology in Huntsville AL aims to sequence the TCR’s of 10,000 individuals representing 100 diseases. Tackling four broad areas including cancer, autoimmune disease, inflammatory disease and infectious disease/vaccines, this project initiated in mid-2011, and is expected to take five years to finish. As a side-note, Nature in conjunction with HudsonAlpha is holding the first Conference on Immunogenomics October 1-3, 2012, where Dr. Jian Han the project leader will give an update on progress. A startup company iRepertoire has been established at the HAIB complex.

The Fred Hutchison Cancer Center in Seattle WA did a proof-of-principle project last year on 100 volunteers, searching for sequences that indicate exposure to 17 different pathogens. Funded by a $1M Keck Foundation grant, a company called Adaptive TCR has already raised more than $10M in two rounds of financing, and earlier this year published in Science Translational Medicine the ability to detect Minimal Residual Disease (MRD) in Acute T-Cell Lympoblastic Leukemia. The paper compared their sequencing-based test to the existing standard of care in the US, which is called multiparametric flow cytometry. They demonstrated in the paper 10- to 100-fold better sensitivity, which led to much better detection, and thus better treatment of this disease. They plan to launch an MRD test for this condition by the end of 2012, along with obtaining CLIA-certification for their service laboratory.

This area of immune repertoire sequencing is worth keeping an eye on. The problem of determining a particular recombined and mutated DNA sequence and relating that molecule to a specific T-cell receptor antigen is not a trivial task; however it has the potential to deliver personalized medicine from a different approach.