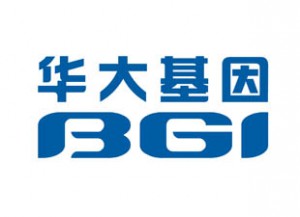 Complete Genomics was started in 2005 with the promise of setting up a whole-genome sequencing service for millions of human genomes at a very low cost. Launching a service in 2009 at $5,000 per individual sample, Complete Genomics went public under the symbol GNOM in November of 2010 at $7.69/share, reaching a high of $17.42 in June 2011 before returning to it’s IPO price in Sept 2011, and then declining to the $2 to $4 range.

A string of prominent publications, including a recent Long Fragment Read technology paper in Nature, did not help the company’s prospects, as the economics of whole-genome sequencing in the marketplace (against Illumina’s sequencing service) saw street pricing for multiple samples get as low as a few thousand USD. (For those of you interested in the dynamics of the whole-human-genome segment of the next-generation sequencing market, take a look at my comments here.) Every quarter saw increasing expenses, and greater losses, on top of increasing sales. (It is worth noting that Complete lost $39.1M for the first half of 2012 on $12.6M in revenue.) So while the top line was growing (albeit in and of itself, thousands of samples for WGS on backorder is a nice pipeline of business), the fundamentals of their business was challenging, and it was with little surprise that in June a review of their strategic options was put into place.

This morning BGI announced a merger with Complete Genomics, valued at $117M. (It is about a $3.15/share.) A calculation by Dan Vorhaus (@genomicslawyer on Twitter) that $108M was burned through prior to 2010 IPO, another $141M spent post-IPO, and 5 of the top 6 shareholders were venture capitalists with a 0.5x overall return. (That’s a 50% return of their original investment, rather than a 50% return on their original investment.) For an employee of a few years tenure, depending on the vesting level (typically 20% or 25% per year of their allotment, over four or five years), it is something of a payday for them, but not a windfall by any stretch of the imagination. And a return of half their initial investment can be viewed as a ‘glass half-full’ in a tough biotech segment investment environment. Yet with this news several shareholders feel that a lawsuit is in order, arguing that a fair valuation should be higher. (The 52-week high for the GNOM stock was $7.73, and one analyst considers a fair value of $5/share.)

For BGI, this purchase yields them a CLIA-certified laboratory, an established base of sales and marketing folks (although their ranks have been systematically thinned out over the past year), and the expectation that BGI will continue to serve existing GNOM customers. Yet BGI has positioned themselves as collaborators first, a service operation second, and it remains to be seen how they will position the Complete Genomic’s capability in addition to their own extensive WGS capabilities on other platforms. A few layers of scrutiny on this deal will take place by the Committee for Foreign Investment in the US, as well as governmental approval in China. It has been reported that a $1.5B loan from the China Development Bank has been financing their expansion (with an expected disclaimer about Chinese accounting!)

Illumina has had Complete Genomics in their sights for some time now, fighting every whole-genome sequencing opportunity at every turn, and Complete reported in one of their quarterly calls that they were splitting the market 50/50. BGI being a huge customer of Illumina’s (with 128 HiSeq instruments) one of their biggest customers now may become their biggest competitor in the WGS market, should BGI continue Complete’s business model.