Skip to content
Home » Careers » What being unemployed taught me 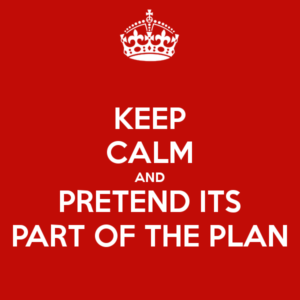 I am happy to say that my stint of being in-between employers has come to an end. (Details will be forthcoming.) I’d like to say now (in that period of an agreement has been made but before everything is official) that several good lessons have been learned through this process. And that can be boiled down to two things: what I’ve learned about people, and what I’ve learned about  project-based work (a.k.a. doing consulting work for clients).

I’ve taken the time to reach out to so many people I’ve lost touch with over the years. An African saying goes like this: “Hold a true friend with both hands”. It says something that a person you may not have spoken with in literally years picks up the phone on the second ring, and over an hour later you have to hang up because of other commitments. It reminds me of how much enjoyment is possible in relationships with other people, and that these relationships are what you will look back someday and say, “what a great time we had working together”.

To those friends who were so generous with their time, I want to thank you for all the advice and perspective. How much wisdom resides in peoples’ heads! How much stress was mitigated by obtaining a different perspective on a variety of pluses and minuses! And to those who may have only known me as a vendor and you were a current or prospective customer, thank you as well for the insight you were able to share. There is nothing like having the feedback of real-world, prospective customers who are looking to improve their laboratory operations or their assay development efforts share their opinion.

I’ve had the privilege of working with project-based consultants, have had former co-workers become project-based consultants, and have the privilege of meeting new-to-me project-based consultants. Ten years ago I would have definitively said ‘no this is not for me’, and now I can say that ‘this is not for me right now’. There were many interesting things to work on, projects I could sink my teeth into; but as one former consultant-turned-product-manager once told me, “there was a time for me to serve in an advisory role, and now it is time for me to execute on a product launch”. (This product manager is now involved in a stealth-mode startup that I’m keeping an eye on.)

I feel similarly; at SeraCare I was able to take a single product (the Seraseq Solid Tumor Mutation Mix-I AF20) and grow it into a second revision at three different allele frequencies, and launch two other product lines for NGS-based cancer test reference materials (one an FFPE-format multiplexed fusion RNAs, and another a synthetic plasma ctDNA at several allele frequencies). Both of these products have also gone through a second revision based upon customer feedback, using a lean development model in an ISO and cGMP environment. If you’d like to take a look at our product offering for cancer, they are located here.

The project-based work has its strengths – you have the freedom to turn down work you don’t want to do, you have the freedom to try and compete for as much business as you can handle, and you can build up your own reputation to the point that you have a steady book of business through referrals. I’ve had the privilege of meeting consultants who have been advising life science companies for 25 and 30 years, and they continue doing it because they enjoy it.

While a viable option for me, I’ve chosen a different path, with a different end-goal in mind. I can say I’m very excited about the potential of this new company and new organization, with a number of new products to launch into the clinical genomics space. More to come soon!

One thought on “What being unemployed taught me”