Skip to content
Home » Next Gen Sequencing » What is a new Next Generation Sequencing customer to do? 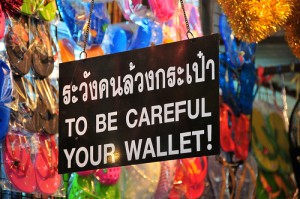 In the roads I travel (and it is now over six years since I made that fateful move from being an ‘internal’ Product Manager to ‘customer-facing’ sales representative) the buying process is all about perceptions of the customer. Right or wrong, potential customers each receive the information from a local representative (from whichever vendor) and filter it through their own set of criteria. Opinions they read in their journals of choice, opinions from their valued collaborators and other friends in the research world, tidbits gathered from their post-docs, all form a perception in their mind about what a particular product’s value is to them.

And the perception of the marketplace for next-generation sequencing instrumentation is in my opinion in a state of flux. For many in the marketplace, buying an Illumina HiSeq™ is a safe choice, not unlike buying IBM when the mantra was ‘no one gets fired for buying IBM‘. Yet with a list price of $690K (and $740K if you get the upgraded HiSeq 2500 that runs in a fast MiSeq™-like mode as well as the ‘regular’ 11-day mode), those kinds of funds is a steep proposition. The new Ion Torrent Proton™, announced in January of 2012, promises a higher throughput per day at a fraction of both the instrument cost and the running cost. (It is popularly believed that the system is $149K, but as one would need both the OneTouch™ for Proton as well as an Ion Torrent Proton server, the system price is on the order of $244K; still it is one-third the price of the HiSeq.) For the Proton 2 chip (to be released around the spring of 2013), it is expected to have a full human genome (>60Gb although Ion Torrent and Life Technologies won’t promise any specifications around it as of this writing) for less than the magical $1000 mark.

Given this dynamic, of a promised high-throughput Ion Torrent Proton (basically the Ion Torrent PGM™ on steroids) would give a customer new to the market pause. There are a number of considerations – the availability and timing of the funds, the amount of pre-existing infrastructure around the Illumina NGS platform(s), the amount of confidence in the Ion Torrent technology, the opportunity cost of getting started now on large sequencing projects now vs. waiting until next year to get started. All difficult questions, in particular if one has to amortize the cost of this equipment over a 3- or 4-year timespan, and add in the additional yearly cost of service. (For further details on these costs, take a look at Travis Glenn’s excellent online resource here.) On top of this shift, there is the promise of new single-molecule technology on the horizon from Oxford Nanopore (possibly later this year) and Genia (in 2013). In the meantime the market will vote with its precious dollars, and this year will be a year of transition.